Some people do what is called ‘mixed feeding’. This is giving a combination of breastfeeding and formula. Mixed feeding works well for some people. However, many people find that as the baby suckles less, they have less breast milk due to less stimulation. 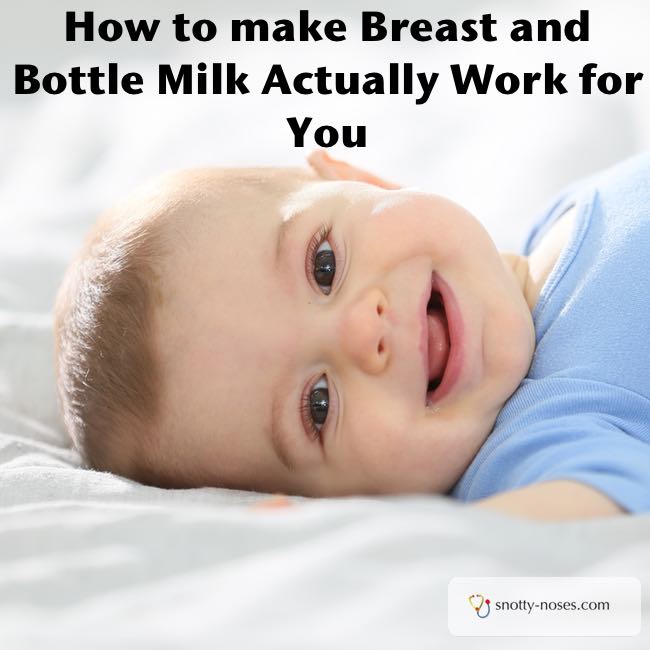 Last Feed of the Day

Many people either express a bottle or give their baby formula for the ‘bedtime feed’ (that’s your bedtime, not the baby’s). This means that mommy can go to bed earlier and daddy or someone else can give the last feed of the day.

This can work very well but be aware that it can reduce your milk supply. If your baby doesn’t stimulate your breasts, they will produce less milk. Your breasts are very clever and produce milk in response to your baby suckling. There is roughly a 24 hour delay so for example, if your baby sucks and sucks and sucks one evening, the next evening you should have more milk. If your baby doesn’t suckle they don’t produce as much (expressing isn’t as effective as a baby at stimulating milk.)

Introducing a feed that isn’t a breastfeed may mean that you have less and less milk but it may work well for you, especially if your partner gets home late and wants to feel more involved.

Milk comes out of a bottle quicker than a breast. It is much easier for a baby to take a bottle feed than a breast feed. The milk comes out much quicker and they don’t have to work as hard at it. Introducing mixed feeding may make your baby lazy and hence prefer the bottle to the breast. (This is one of the reasons that it is relatively easy to over feed a bottle fed baby but much more difficult to over feed a breastfed baby.)

People do say that if you are breastfeeding, you shouldn’t give a baby a bottle in the early days as it can get nipple confusion. Babies who are breastfed suck in a very different way than bottle fed babies so this may be true. The worry is that they find it difficult to breastfeed. Personally I think it depends on the baby. I’ve seen some babies who have no problems and other who do.

It also works the other way round, a breastfed baby may find it very difficult to take a bottle as they don’t know how to suck it if you leave it too late. I tried to teach my first son to take a bottle of expressed milk at 12 weeks old but he was having none of it.

Some people also give ‘top up feeds’ of formula milk after a breast feed. There really shouldn’t be any need to do this unless you have been specifically advised to do so by a health professional. If your baby is growing well, your milk supply is clearly adequate. The problem with top up feeds is that not only does your baby not need them, but your breast will not be stimulated to produce milk and then your supply will become inadequate.

If you are worried that your supply is not enough, it is a better idea to express after you have finished feeding your baby. That way, you empty your breasts, giving you some milk in reserve in case you need it later, and you stimulate your breasts to produce more milk the next day.

Using both bottles and breastfeeding (mixed feeding) can be a great way to involve another person with feeding the baby but it can lead to reduced breastmilk. 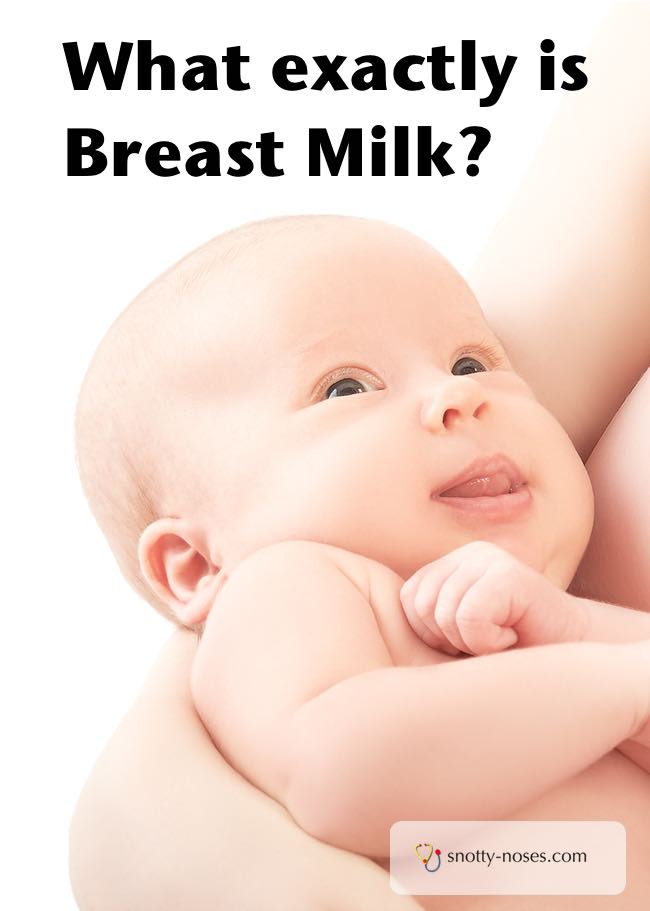 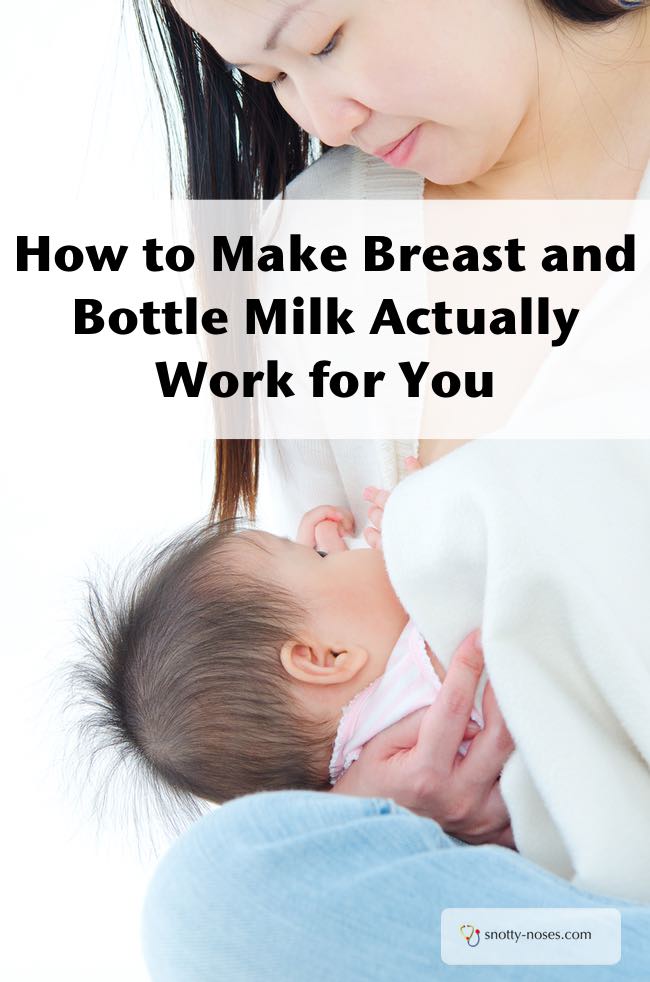