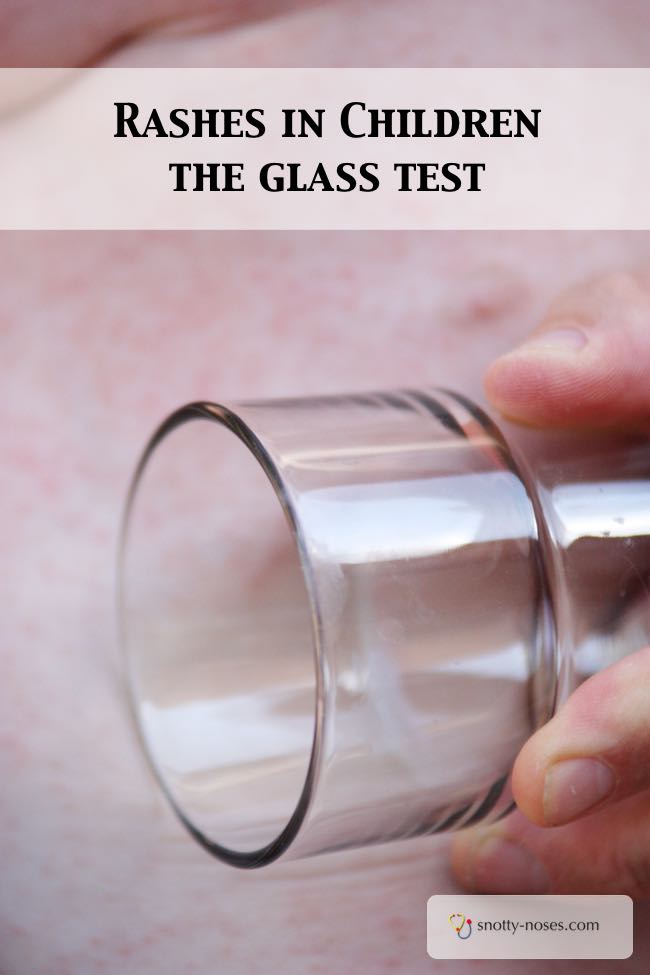 The way to tell if a rash is blanching or non-blanching is to place a clear drinking glass over the rash and press down. You can see that both the blanching and the non-blanching rash look exactly the same without the glass. 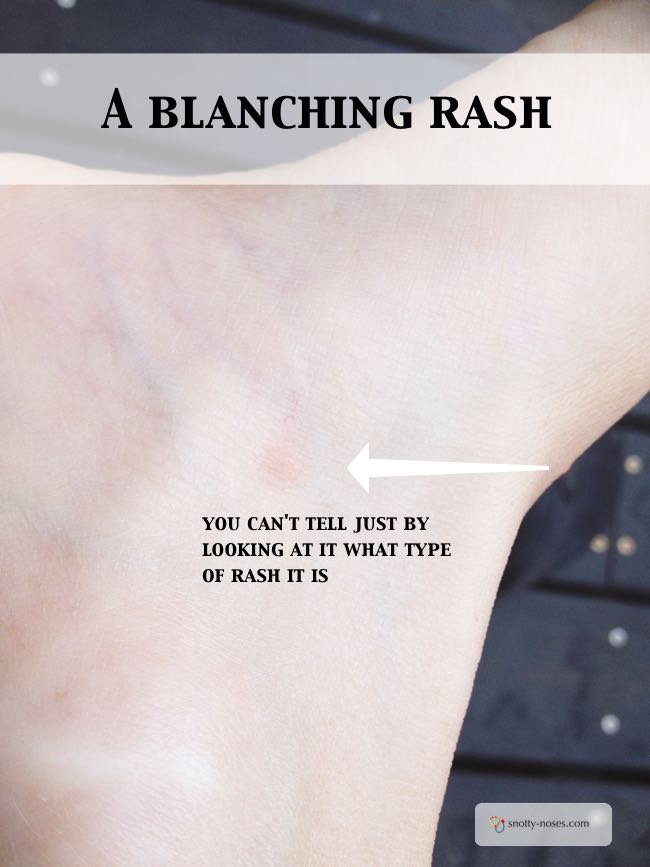 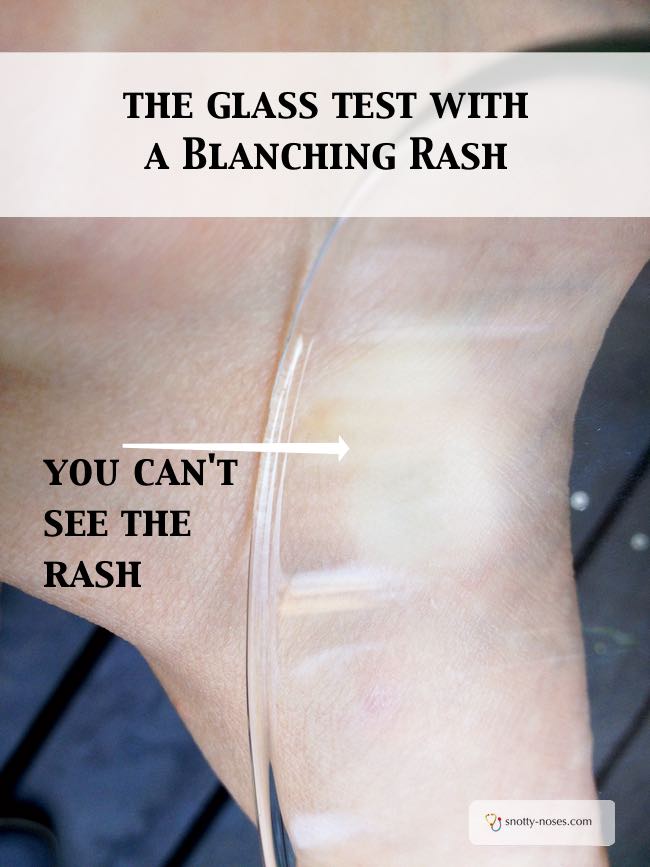 Press a glass against a blanching rash and it disappears, you can no longer see it 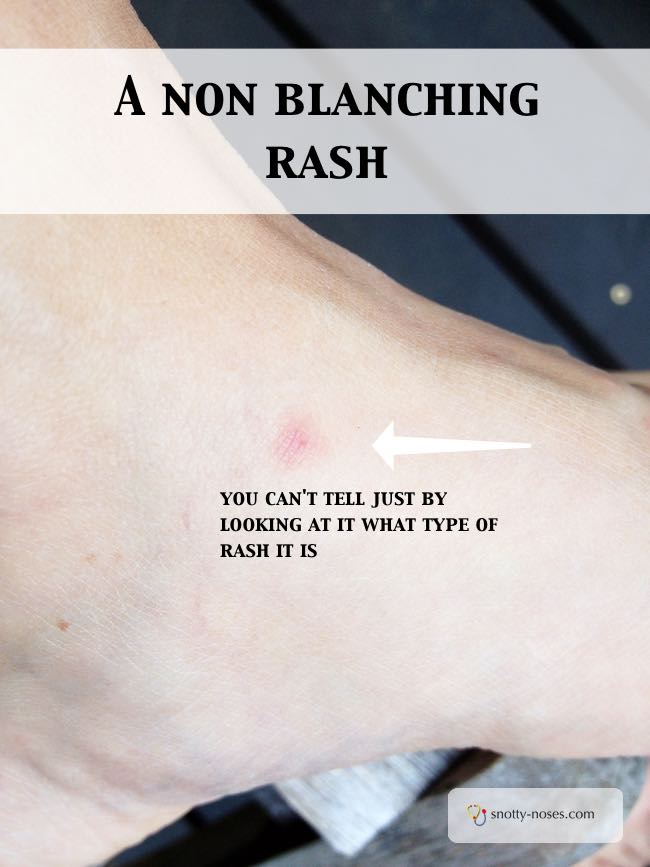 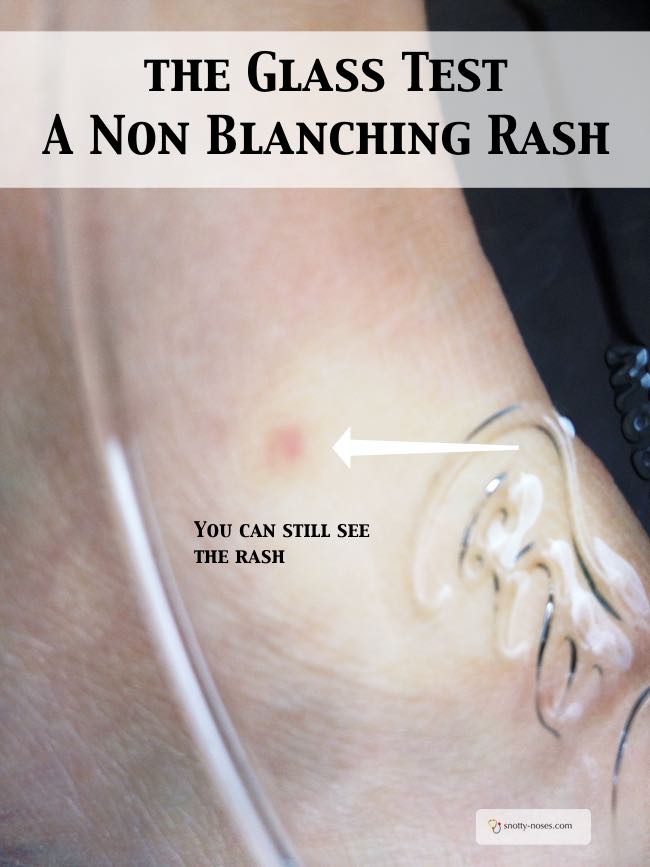 Press a glass against a non-blanching rash and it doesn't disappear, you can still see it

Why are People so Worried about Non Blanching Rashes?

I’m sure that you’ve heard of the nasty disease “meningitis” which is when the lining of your brain “the meninges” gets infected.

There is another nasty disease called “septicaemia” that often occurs at the same time. This is when you get infection in your blood stream and it affects all parts of your body.

It can happen really quickly and people die from it.

Often septicaemia starts as a few little spots and rapidly spreads to big patches of rash.

If we can catch the illness at the stage when it’s just tiny little spots, and treat it with strong antibiotics in hospital, then we can prevent people dying.

It’s much better to get your rash looked at and told that it’s nothing to be worried about (because it’s caused by something harmless) than wait a day with septicaemia by which time the disease will have progressed to a far worse state.

The bottom line is that we can save lives by acting quickly when someone is seriously ill.

To find out more about meningitis and septicaemia, visit the Meningitis Research Foundation.

Not All Non Blanching Rashes are Serious

It is possible to have a non blanching rash that isn’t serious. For example, many children get a little rash around their eyes when they cough or vomit.

The rash is due to increases pressure during the coughing or vomiting. It results in tiny blood vessels breaking which causes the rash.

However, unless you know exactly what is causing the non blanching rash, it’s always more sensible to get it checked out.

Other Causes of Non Blanching Rashes in Children

There are other causes of non blanching rashes that aren’t infection in children.

The most common is Henoch-Schonlein Purpura (HSP), with a rash that appears over the legs and buttocks.

HSP needs treatment so you need to go to a doctor.

Signs of Serious Illness in Children and Babies. How to tell if an illness is more than just a common cold.

Rashes. A guide to what to do when your child has a rash. 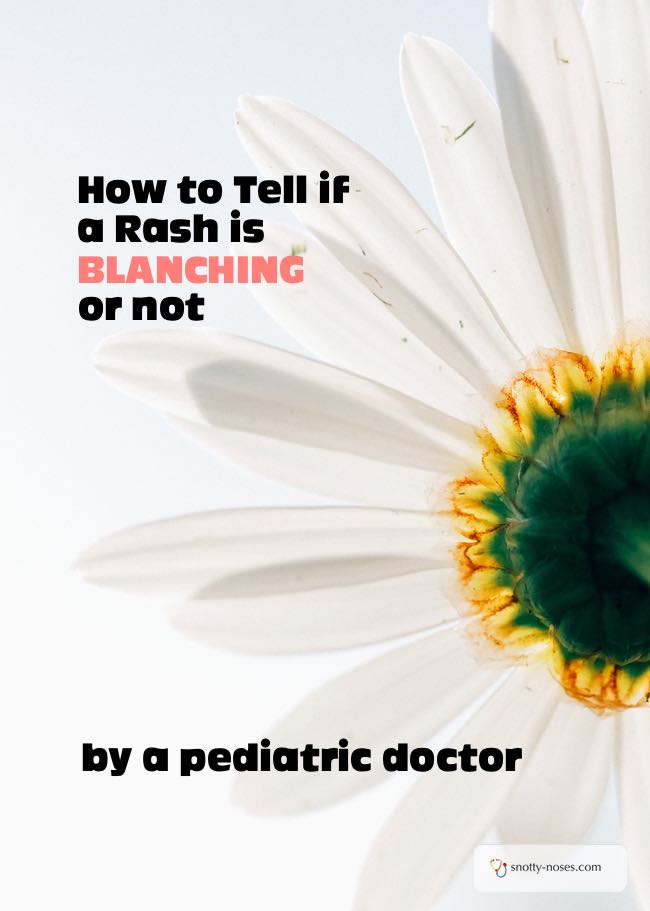 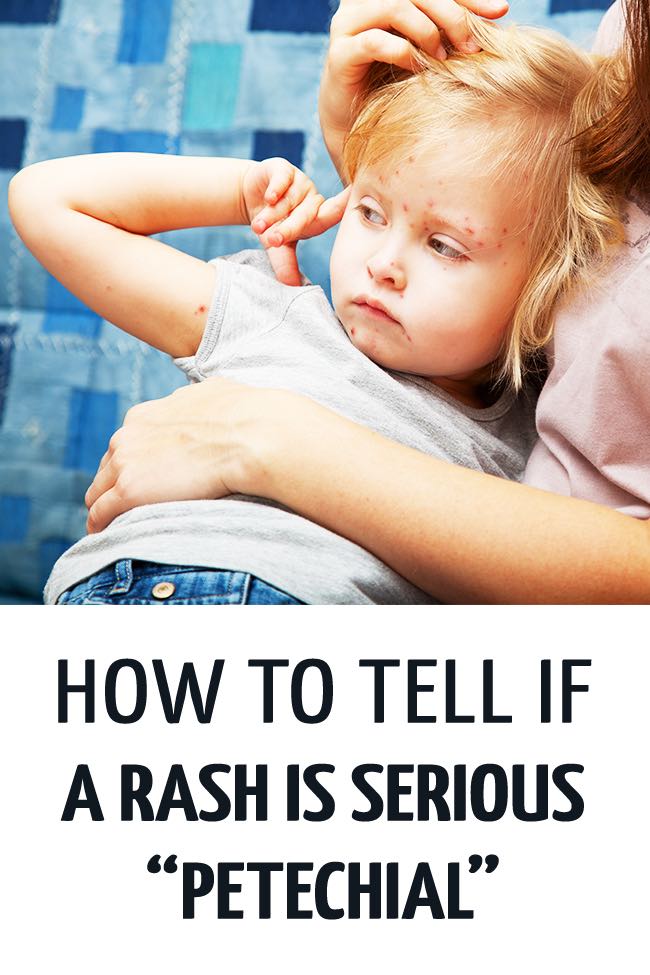 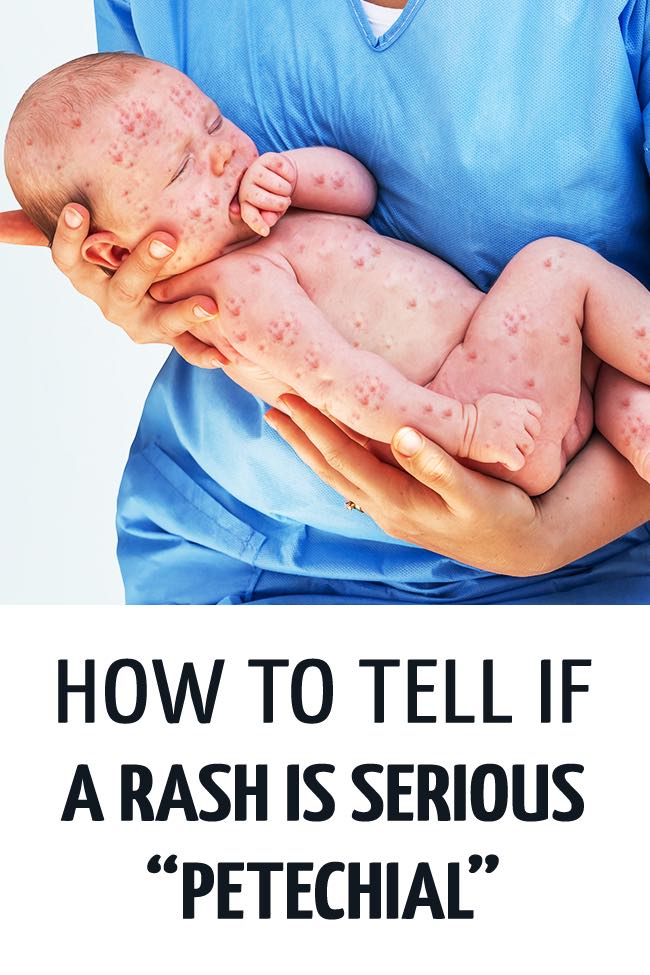