Head Injuries in children are really common. Especially when they’re learning to walk. They fall off the sofa, down the stairs, off a chair and get a bump on the head. The majority of these result in minor scalp injuries (the outside bit) but sometimes they can be more serious resulting in brain or skull injuries. It’s these more serious injuries that we have to keep a look out for as they can be very bad for your kids health. 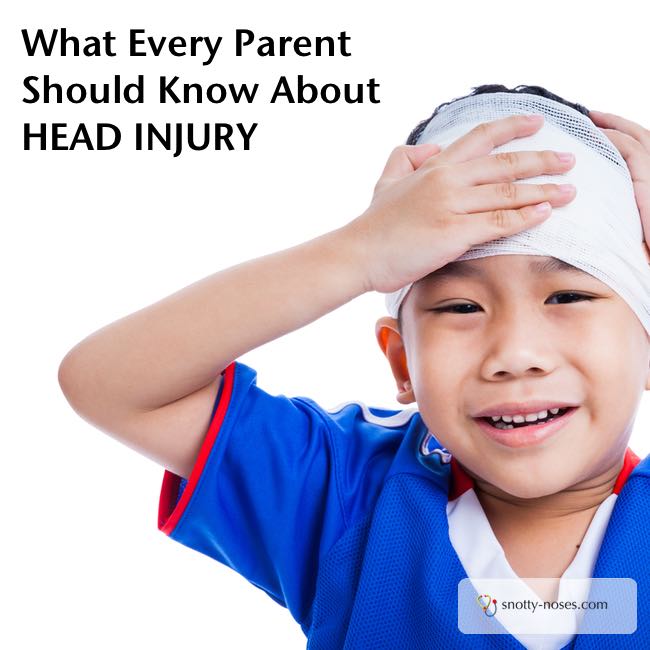 What should you do after your child has a head injury?

Give them a cuddle and some pain killers (paracetamol or ibuprofen.)

A cold compress is a great idea (if your child will let you but don’t distress them if they don’t want it.)

Let them do a quiet activity and sleep if they want to.

Can you let your child sleep after a head injury?

It’s quite normal for children to want to sleep after a head injury. How do you tell if it’s normal sleep or ‘reduced consciousness’? If your child looks normal, is breathing normally and their colour is normal you don’t need to wake them. However, if you’re worried, try to rouse them. They will probably be grumpy but they should still wake up.

If they have a head injury before nap or bedtime, let them go to sleep. Again, if you’re worried, wake them up after an hour to make sure that they are rousable.

Should you flash lights in your child’s eyes after a head injury and check their pupils?

It’s what you see them doing on TV right? They shine lights in your eyes to check their pupils. It’s what we do in hospital but I would say it isn’t really necessary at home.

Let me explain. What we’re doing is checking the connection between your eyes and your brain. When you shine a light in one pupil (the black bit) it should get smaller (constrict) and so should the other one. You need to test each pupil twice (once from that pupil and once from the other.) Normally this test is normal. But that doesn’t mean that the head injury is mild. You can have a moderate or even severe head injury and have normal pupils. In fact, having worked in a children’s head injury unit, I have hardly ever seen abnormal pupils caused by a head injury.

If this sign is abnormal, it means that there is something VERY wrong. If you follow the advice above, you should already be in hospital.

If you want to do the shining light test feel free, but don’t worry if you aren’t comfortable doing it. You can just look at their eyes to see if they are the same size. If they aren’t, make sure the amount of light is the same in each eye, so not standing by a bright window in a dark room.

If they are still uneven, go to the hospital. 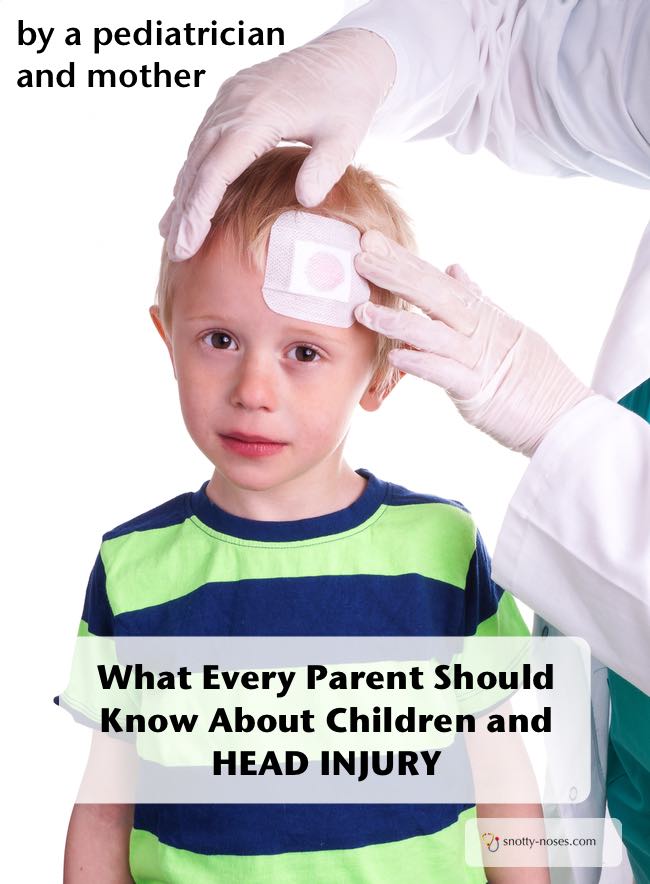 If you’d like to read more about your baby’s or child's health, Your Child’s Health is a comprehensive guide to child health. It includes every topic you’d like to read about from babies, through toddlers to older children. It has a great section on major symptoms including rashes.

It’s available either as a paper back or if you want it right now, you can buy it on kindle.

If you’re in the USA you can buy it here (affiliate link):

If you’re in the UK you can buy it here (affiliate link):