Books About the Birds and the Bees Talk

I suspect that chatting to your young children about sex, bodily functions and the ‘facts of life’ is not top of your list of ‘fun parenting activities’ or ‘ways to enjoy the weekend’. Yep, it’s time for the ‘birds and the bees talk’! However, it is really important that we teach our children about sex, their bodies and how to respect themselves and other people. Don’t worry, it’s not as bad as it sounds and help is at hand.

Why Bother to Talk to Children About their Bodies

In our culture sex and bodies have become taboo. We hide away from telling our children the facts of life. But actually, there isn’t anything that secret about what goes on between the sheets or how babies are made, as long as it is handled in a sensitive and appropriate way.

We want to teach our children to respect themselves, to understand boundaries (not to let other people touch them or even look at them in inappropriate ways.) But how can we do that if we don’t even tell them the basic facts?

Better they Learn from You than Someone Else

You know what playgrounds are like. All manner of mis-communication runs rife. It is FAR better that your children learn the basic, correct facts from you and learn to come to you than some gobble-de-gook as translated by their friends.

My heart swelled with pride when, about a week after first broaching the subject, my 7 year old told me what his friend had said about sex and marriage.

“David said that you can only have sex when you’re married.”

Well, that’s not exactly correct, even if that is your religious belief. Biologically you can have sex whether you’re married or not.

I want my children to have a full grasp of the situation rather than a skewed version via David and (presumably) his grandmother.

Isn’t it amazing that my son comes to me to check his friends’ facts rather than the other way around?

It’s Not As Bad As You Think

Teaching your Kids about sex is a daunting but exciting task. Having decided that “there isn’t a too young to talk about sex”, I have realised that some help would be a good idea. (I’m not sure my old anatomy books are particularly child friendly even if they do have a rather macabre appeal.)

A book has the added bonus of allowing your child to take it off and study it in private. Plus pictures are often much easier to understand than your mother’s embarrassed, mumbling about DNA and chromosomes.

Great Books for Teaching Your Kids About Sex

There are so many ‘sticky subjects’. Our bodies, “what are my testicles for?” “where do I come from?” reproduction, the birds and the bees and of course puberty and that embarrassing time when our kids’ bodies change.

Here are some great books to explain “the facts of life” without us poor parents turning into beetroots.

It’s Not the Stork 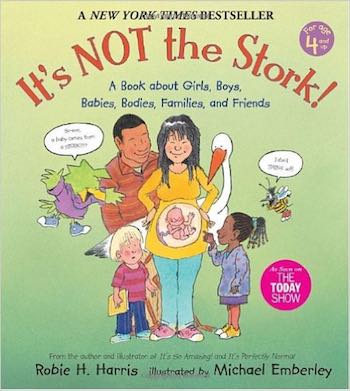 For younger children. A scientifically accurate book with cartoon illustrations that explains about girls’ and boys’ bodies, how babies are made and how babies are born.

It's Not the Stork 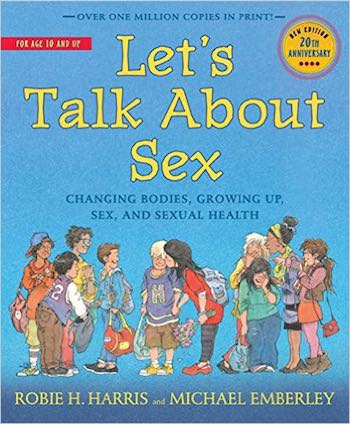 By the same author as “It’s not the stork”. For pre school children.

It’s So Amazing! A Book About Eggs, Sperm, Birth, Babies and Families.

In the same series as the above books, aimed at children aged 7 and up. 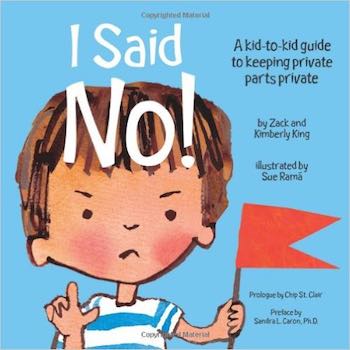 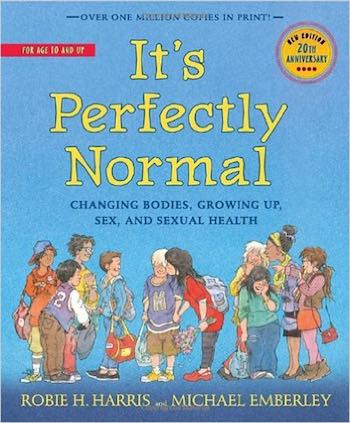 “The definitive book about puberty and sexual health for today s kids and teens.”

A cartoon about “Willy the little sperm” and his journey.

How Are Babies Made?

How Are Babies Made?

For young children to explain about their bodies.

Now that you’re fully equipped to broach that sticky topic of talking to kids about sex, come along to my FB page and let us all know how it went!