Giving Birth in a Spanish Hospital

Can you image anything more scary than giving birth to a baby? How about giving birth to twins vaginally? In a Spanish hospital when your Spanish is "passable" but you still haven't learnt the words for "give me an epidural stat!" 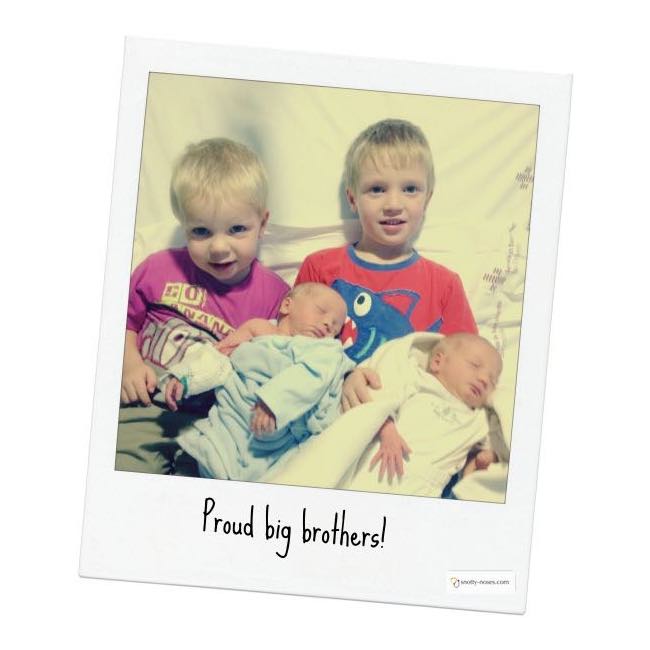 I have to confess that the faint glimmer of a suggested caesarian section was appealing. I felt a certain amount of relief. Pop a date into the diary, walk in pregnant, find myself cuddling twins half an hour later.

The relief lasted a whole week, until my next appointment when they dashed all hope of an elective section to the ground.

"Vaginal delivery is better!" the obstetrician barked at me.

I know. But it doesn't make it less painful.

I was impressed with my antenatal care. I did spend an awful lot of time looking for parking places and trudging up and down a very steep hill but the doctors were friendly and efficient.

I even got internal scans. They told me my cervix was thin. I'm not surprised, yours would be if you had that much baby sitting on it all the time.

I was told to abstain from "relations" for fear of nudging them out too soon.

One morning, at 36 weeks, I woke up in a puddle of water.

OK, that's not entirely true. I have a confession to make.

At 35 weeks and 6 days, I had a routine appointment. I was doing fine and since they were basically 36 weeks now, I was given the green light to resume "relations'.

By this time I was the size of a whale. I resembled a small beluga. My girth was gigantic, tight and so heavy. My ankles were like sacs of jelly.

I was so fed up with the whole pregnancy thing.

I LONGED to sleep on my tummy.

I have since learned my lesson about wishing your pregnancy away, but since I'm not going to have any more children, it was kind of wasted on me.

So yes, we did the deed. And you know what? Turns out it works, having sex can make the baby come. Or babies. 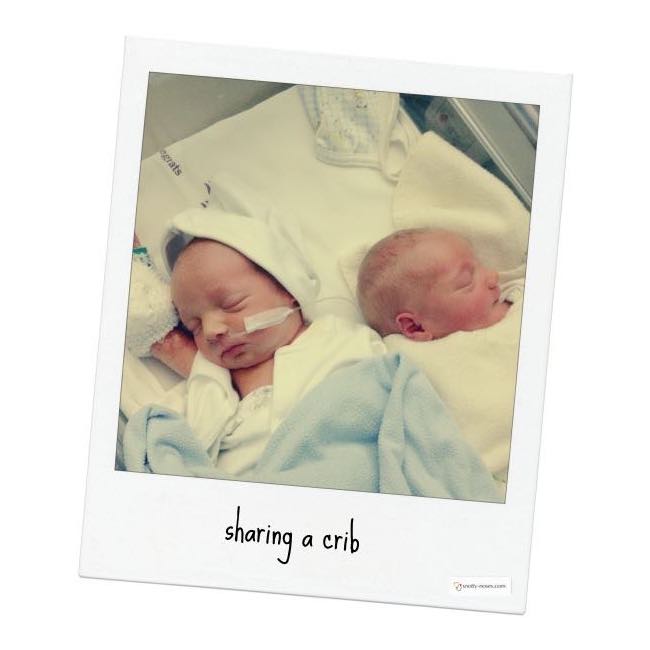 Having twins is always a bit of an event. Having twins vaginally is a champaign and caviar event. So half the hospital decided to come and join us.

The delivery was great. Actually, it was really painful but I find that's the nature of child birth.

The delivery was great for childbirth.

A few differences between a British hospital and a Spanish one. No gas and air here (I'm fine with that, it just made me feel sick when I tried it before) and they wanted to give me a peritoneal anaesthetic (I'm not fine with that, they wanted me to lie on my back and there was NO way that was happening.)

Also they all spoke Spanish. Clearly my Spanish isn't that bad.

"Give me an epidural stat!" seems to be Universally understood.

We had to name the babies before they were born. As soon as we arrived they asked us what "they" were called.

"Er, who?" I managed between contractions. "The porter? The other midwife? I have no idea. I've just arrived and you didn't introduce me....Oh, the unborn babies? I don't know! They haven't been born yet!"

Sebastian developed some  breathing problems (what is it about the male babies in my family?) and had to be taken to an incubator for a few days. So yet again I find myself incarcerated in hospital for days on end. Although, this was definitely the best view I've had so far. Blue Mediterranean glinting in the back ground with a huge cruise liner docked in the foreground, crystal blue sky. (It was early November so cold outside but tropical in the hospital) 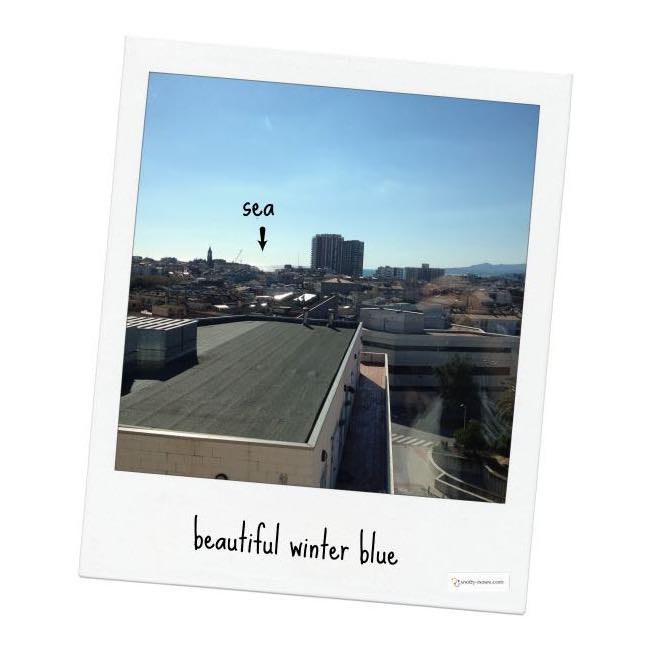 After a few days, they discharged me but let me stay in hospital as I was breastfeeding the babies. I was moved to another room with a view of a brick wall. They don't have wards in spanish hospitals, they have corridors of twin rooms. I think I got a room to myself as I had 2 babies. 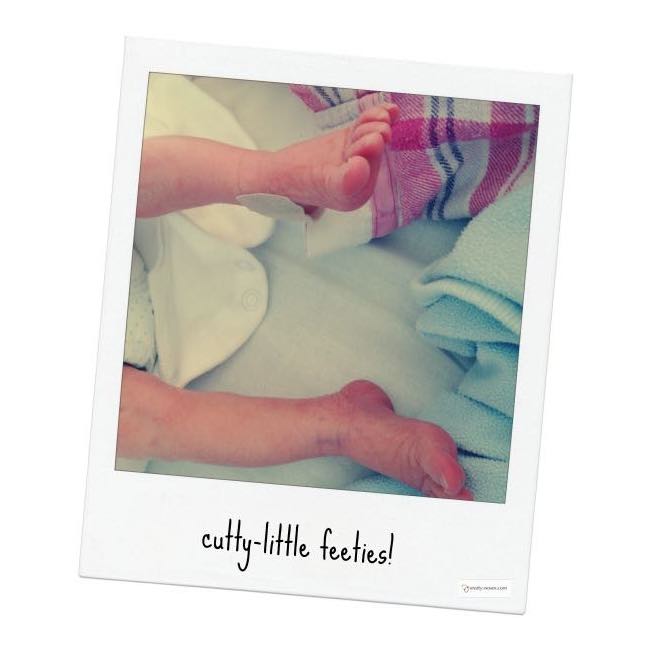 After the move, I had to provide all my own food. "La crisis" (why is "crisis" a female word??) All my friends gasped in horror, apparently it didn't used to be like that. Actually it was quite difficult, my poor husband having to cope with running backwards and forwards, looking after the older children and bringing me hot food. There are only so many sandwiches and biscuits a ravenous breastfeeding mum can devour.

Getting the Babies Home

Finally, we escaped after 5 days. Hooray! I think the worst thing about the experience was things just being slightly different (combined with my not fluent spanish), so that I was never exactly sure what was going on. Everyone was very friendly, especially the porter who found me sobbing in the elevator because the canteen man had refused to sell me any food. (A slight confusion over whether I was an inpatient or not. He sent up a pudding to apologise later on. Although he did tell me he was especially sorry as I was pregnant. Not the best thing to tell an extremely hormonal new mother.)

All in all, I was very happy with the care that we all got. Thank you catalan health system!

Thank you for my beautiful baby twins who were delivered vaginally in a Spanish hospital. 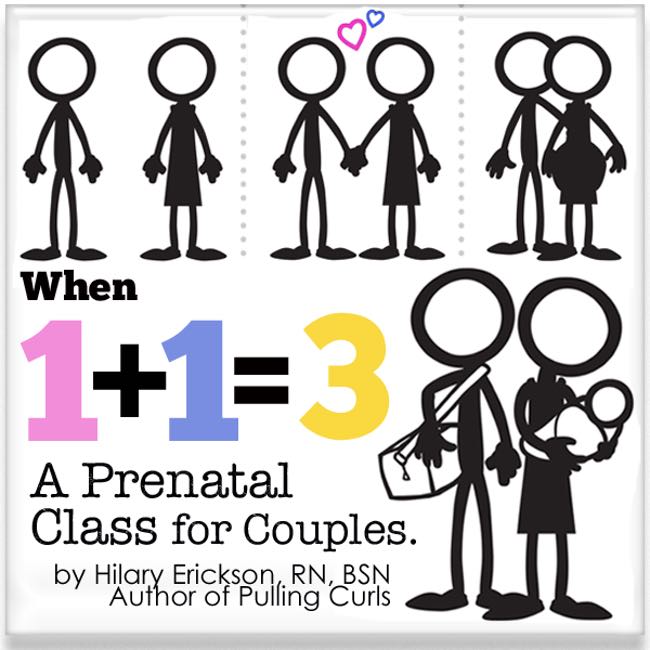 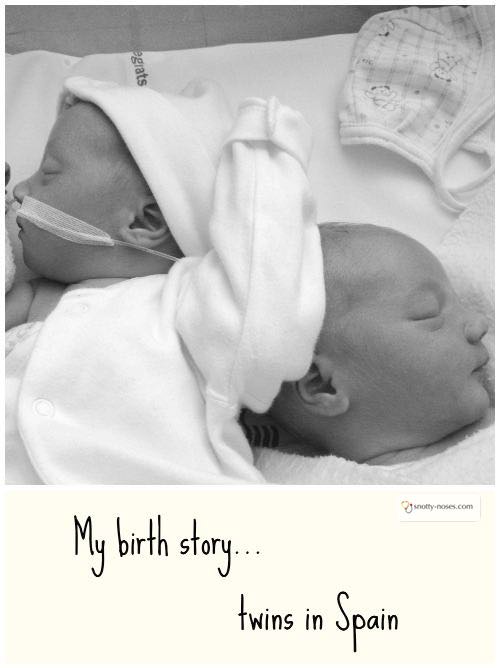