One Sneaky Trick to Stop Your Kids Nagging for Screen Time

By which they mean computer games. 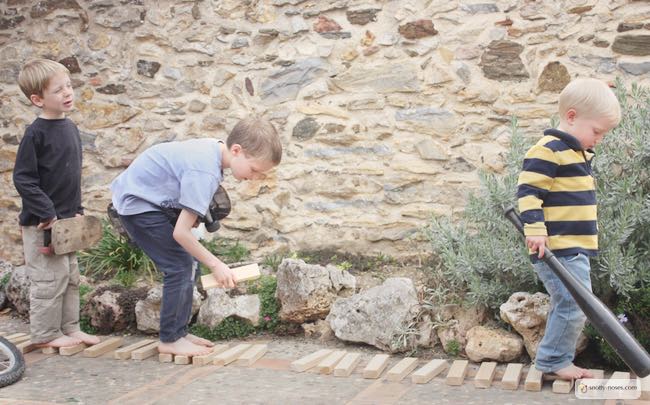 I try to limit total screen time to a maximum of 2 hours a day. (This is what the American Association of Pediatrics used to recommend. They have changed their guidelines, but it’s a good rule of thumb. Some days they don’t have any screen time, sometimes a little more, especially in the holidays.)

“Come on Sebastian! You can make it across the bridge!”

The three boys step across the “bridge” of wooden blocks and cushions.

“Careful of the shark!”

As much as I’d love to tell you that they behave perfectly all the time and never argue, the reality is that they do bicker and playing often tips into fighting. But when they’re involved in an imaginative adventure, they hardly ever fight. They are too busy playing to argue.

But so often they lounge around listlessly, complaining of being bored.

Today was one such day of constant nagging for games. They hadn’t been very well behaved. I put my foot down and said

I was not popular.

I don’t know about yours, but sometimes my children just need a little push into imaginative play and then they’ll spend hours and hours engaged in their imaginary world.

I love watching my children laughing and giggling as one, working as a team, having fun in a group.

So here’s a secret tip to help your kids dive into a magical world of make believe.

Give Your Kids a Magic Bean

One thing that I have found, is that once my children are absorbed and united in their imaginary task, they will play and play and play. The game may change, it may morph into something else but once they’re immersed, they’ll forget all about TV and video games.

How do you give your kids that little nudge into creative play?

Just give them a scenario. A little nugget. A magic bean to get them started.

Take this afternoon for example. The boys were busy laying out wooden bricks in the garden. Sebastian was talking about making sure the dog didn’t get them. (Just to be clear, we don’t have a dog.)

They were already half way there but I suspect that they would have got bored after a few minutes.

I didn’t do much.

I asked Galen to sit down beside me for 2 minutes and I gave him a scenario.

That was all I said.

They invented the rest.

My bookworms have read enough pirate books to fill in some details. Shark infested waters, canoes, hooks, a hammock.

By the end of the afternoon, there was a man in a hammock with powers to controls all the sharks. (Just to be clear, there was no man in the hammock.)

To the outsider, it just looks like they were playing with blocks and cushions. But an hour and 10 minutes later I asked Dante what they were doing.

“Moving the treasure from here to there.”

Their little minds were still full of pirates and treasure.

The lure of television called when Dante realised Celeste was watching a cartoon. (She had been asleep when they had watched some television.)

I ushered him outside again and he dived back into his pirate world as he gingerly avoided a shark. (Just to be clear, we don’t have a shark.)

It’s fine to be on hand to help steer them when they get stuck or lose their way. 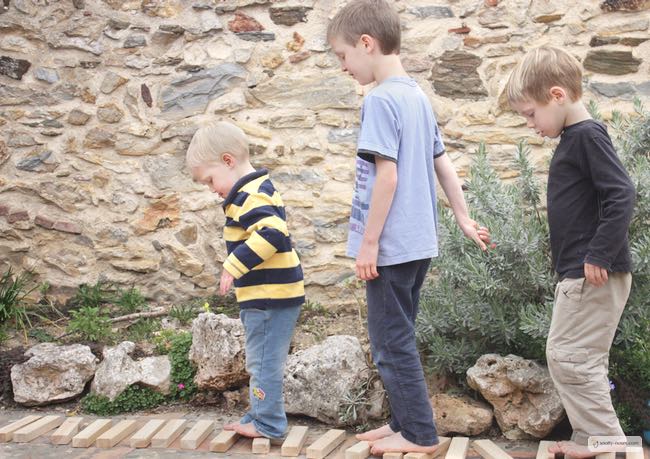 The Importance and Benefits of Imaginative Play

Not only does imaginative play give parents a slither of “not full attention time”, it also develops awesome skills and behaviours in our kids.

Imaginative play helps team building. Galen and Dante are 5 and 7, they can manage little skate boards and jumping large distances between cushions. But their 3 year old bother, Sebastian needs some help.

So they helped him.

They worked as a team to save their imaginary treasure. There was no pretend treasure. No cardboard box, no tissue paper or pile of stones. (Although props for imaginative play are a great idea.)

It was all just treasure in their minds.

They united to save their imaginary treasure.

In their little make believe world, they are learning real and important skills.

It allows kids to just be kids.

“Careful of the sharks!” the older boys warn Sebastian.

Sebastian is whizzing around the patio on his balance bike that gives him magic immunity from the sharks (and the man in the hammock with the magic powers.)

Galen and Dante are piling all their treasure (which is now anything they can lift) onto the island.

All of my children, all different ages playing together.

I’m reluctant to call them in for dinner but it’s school tomorrow.

I wonder if I can help them imagine how much fun tidying up is? Perhaps I can give them a scenario in which the pirates will eat them all up if the garden isn’t neat and tidy. I doubt it. Imaginative play is sneaky but it’s not magic. 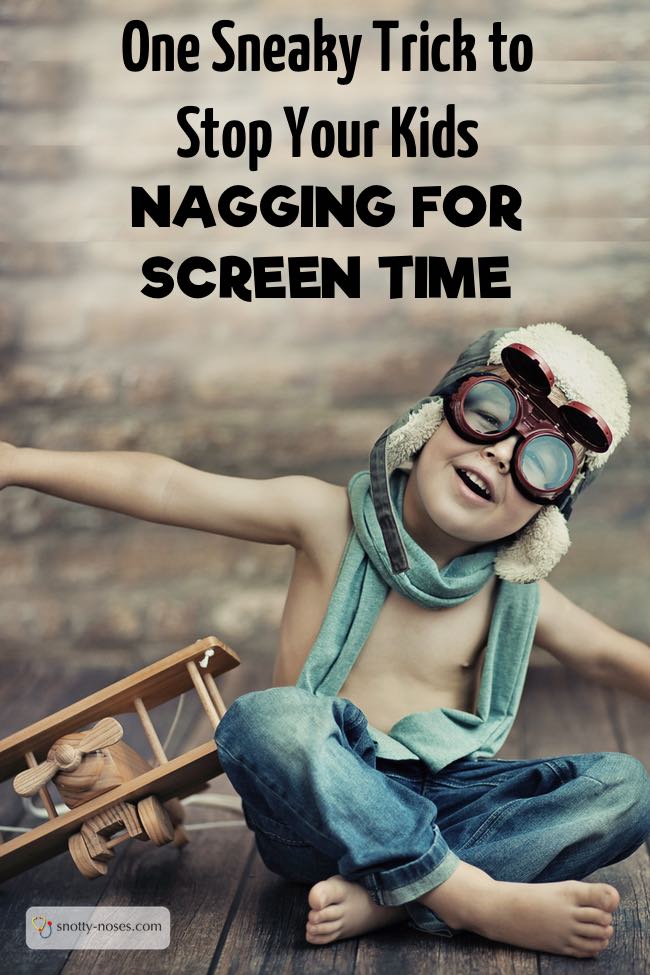