Expert Advice on How to Protect Your Baby From SIDS 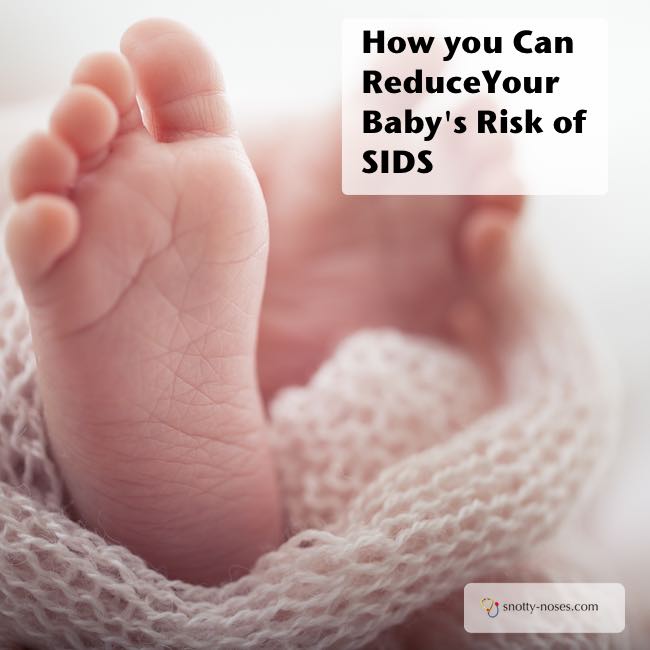 Sudden Infant Death Syndrome (or sudden unexpected death of an infant) is every parent’s worst nightmare, especially for parents of a new baby. It’s that big black fear that we hold at the pit of our stomach. That terrifying place that we shy away from looking at. The abyss. The snatcher of our precious babies. You put them to sleep and then they’re gone. It’s truly petrifying. I’m not trying to be mellow dramatic. It’s true. Sadly it happens. It makes tears come to my eyes and I get a lump in my throat just thinking about it.

You can never guarantee that you can prevent SIDs, but there are some things that you can do to make it much more unlikely.

SIDS, or Sudden Infant Death Syndrome is when a baby under the age of 12 months dies suddenly and no one can find out the reason why.

The chance of it happening is small, roughly about 6 in 1000 babies die each year, with 65% happening in the first 3 months of life. (To put that into some kind of perspective, your chance of having twins is roughly 30 in 1000).

That’s the thing, despite loads of research, no one really knows. There are theories, but until they’re proven, they’re just theories. Perhaps babies over heat, perhaps they don’t get enough oxygen, something covers their face, or because they’re rebreathing old air. Or perhaps they have some rare disease that is as yet undiscovered. Researchers continue to do work in the area, but it’s a difficult area to research. Thank fully it’s much rarer than it used to be.

What can I do to Decrease the Risk of SIDS?

1. Where and How Babies Sleep

It’s recommended that your baby sleep in the same room as you, in a separate cot for the first 6 months. (This is called co-sleeping.) There is a theory that hearing you breathe acts as a stimulant to remind them to breathe.

Put your child to bed on their back. In the 1990s the worldwide campaign ‘Back to Bed’ pretty much halved the death rate. Oh my, that’s a good campaign.

What if they Roll Over?

For a time they can get stuck on their front because they learn to roll from back to front first. Don’t worry, if you see them, turn them over but don’t go checking every 5 minutes.

What about Sleeping in the Same Bed? (Bed Sharing)

This is a very controversial topic and some people feel strongly about it. They feel that the bonding benefits out weigh the risks and after all, pretty much everything we do is ‘risky’ in one way or another. Crossing the road, drinking wine, they’re both ‘risky’.

However, the ‘evidence’ shows that if your baby sleeps in the same bed as you, their risk of dying in the first 3 months of cot death increases around 5 times (and that’s even if you breastfeed and don’t take drugs or alcohol.) The paper that these statistics comes from has been criticised by some experts. The problem is, experts, much like parents, don’t agree and asking us to believe them because they’re experts only goes so far. That is until you go and ask the experts in the other camp. The bottom line is that more research needs to be done.

No one understands exactly why it could be a risk but theories are that loose covers suffocating the baby, or if you’re a deep sleeper you might roll onto your baby.

If you do want to bed share, the advice is don’t do it and:

OR if your baby: 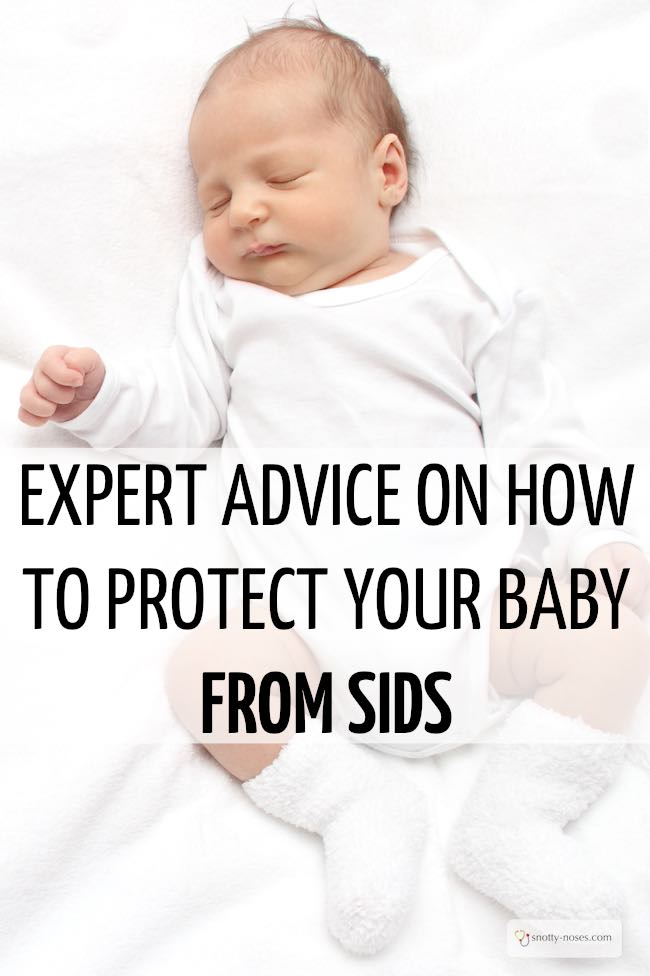 Babies (not so good at most things except pooing, screaming and vomiting) don’t regulate their body temperature as well as we do. They don’t need really warm covers in the winter.

Smoking is bad for you and your baby. This is another biggy.

Maternal smoking doubles your risk factor. Even smoking in pregnancy is bad for your baby and increases its risk of dying from SIDS later on. So, if you’re pregnant or have a baby, now is the time to give up. That includes dads and anyone who’s in close contact with the baby. Smoking outside isn’t great either, the smoke hangs round on your clothes.

Stopping Smoking is a great way to decrease your risk of cancer.

Grab Your FREE Copy of My Books 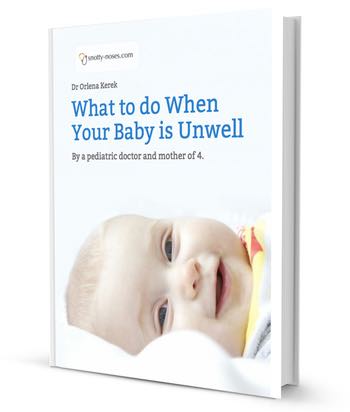 Join my newsletter to receive your copy of my baby books. Written by a pediatric doctor. 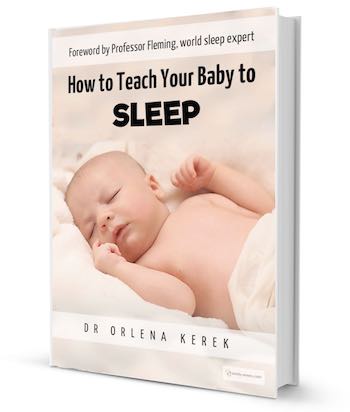 Breastfeedingis good for you, for both moms and babies. There’s a whole heap of benefits but the top two for now are that it reduces the risk of SIDS and lets you eat cake, or ice cream, or chocolate, or more cake pretty much whenever you like with absolutely no feelings of guilt.

All those calories go to the baby right?

There is some evidence that pacifiers can decrease your risk of SIDS. It’s not fabulous evidence (some questions are difficult to answer) but it is recommended that you use a pacifier when you put them to sleep from 4 weeks old and stop between 6 and 12 months old. (Sugar and neck cords are a no-no I’m afraid.)

Personally I don’t like them and have never used them with my children. (Or rather I’ve had a half hearted attempt at using them and given up quickly when they don’t take to them.)

Some people like to buy apnoea monitors that alert them when their baby isn’t breathing. The majority of them monitor babies’ movement. Although they haven't been proven to reduce the SIDS rate (and as such many doctors don't 'recommend' them) but they are still a comfort to some people. They are prone to false alarms and may increase your anxiety if you are worried but the designs have improved over years. Many people feel that false alarms are a small price to pay for potentially saving your child's life. If you want a movement monitor anglecare is a good brand (try amazon UK and amazon US) or Snuza (amazon UK and USA).

There are other types that you strap to your baby and they pick up the heart rate. But they can fall off too.

If you do buy a monitor it's important to do a neonatal resuscitation course. There is no point being alerted to the fact that your baby isn't breathing if you can't do anything about it immediately.

I think going on a neonatal resuscitation course is a great idea. They’re really quick and easy to do. Hopefully, you’ll never need to use it but if something awful did happen you’d be able to do something useful straight away. I’ve done a demonstration to show you what’s involved.

Of course, sadly none of these things will guarantee that tragedy won’t strike, but by implementing them you will significantly decrease your child’s risk of dying. 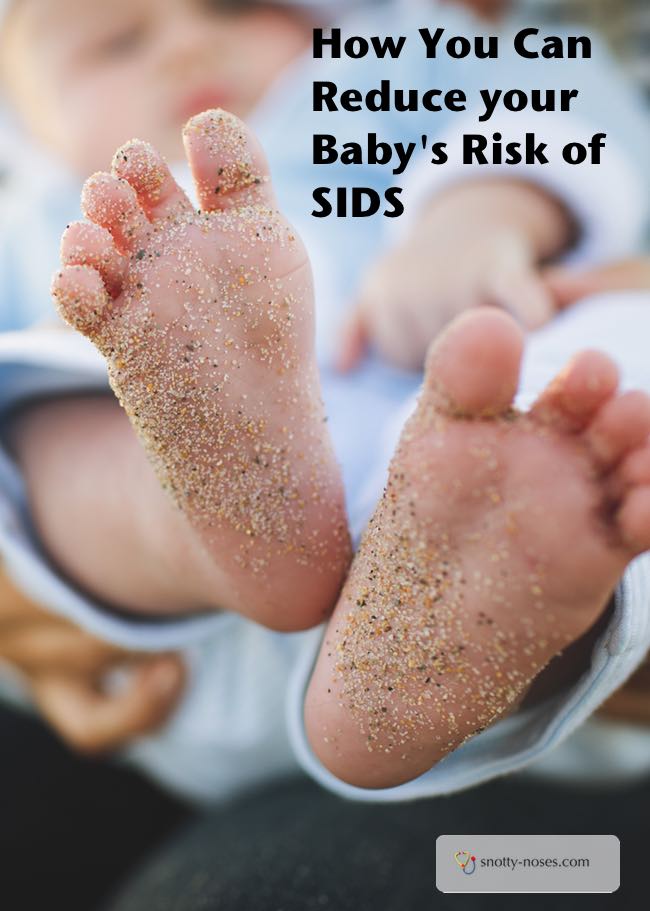